La rue des Femmes (LRDF) is a relational health centre that welcomes and cares for women in a state of homelessness or at risk of becoming homeless, offering a variety of programs at their three shelters in downtown Montreal.

The Jaclyn Fisher Foundation was proud to help LRDF establish a long needed full time on site treatment clinic that will provide sorely needed medical care for their population.

While the inauguration ceremony for the clinic dedicated in Jackie’s name was planned for March 2020, it had to be canceled due to the start of COVID restrictions. The clinic is now operational and represents everything that Jackie stood for: that every woman, regardless of economic or social status, have access to proper care and be supported by a team of compassionate healthcare professionals who can offer the best help possible.

May all women who pass through these doors feel the strength, compassion and kindness that Jackie held in her heart. 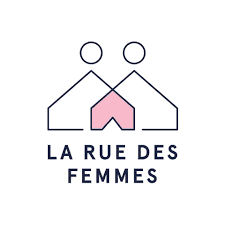 We are happy to support some of the outstanding departments at the Jewish General Hospital (JGH) such as the Intensive Care Unit (ICU) with its dedicated staff.

The Jaclyn Fisher Foundation was happy to contribute to the new ICU in pavilion K, a conference room to be used by the staff, for teaching as well as for consults with patients families. This room was equipped with all the necessary technology and audiovisual materials.

Additionally the Jaclyn Fisher foundation has contributed to the purchase of a vital diagnostic unit for cancer screening at the department of Urology that is now in use, saving lives.

Helping the restaurant industry at the same time, we have sent hundreds of meals to staff of the ER, ICU, anesthesia, housekeeping and security departments at the height of the coronavirus overload.

During COVID-19 and unprecedented times of uncertainty, consider donating to the Jaclyn Fisher Foundation to support frontline medical staff.

Diagnosed with Crohn’s at the age of nine, Jackie and her family started volunteering with Crohn’s and Colitis Canada in many capacities. Jackie served as the Youth Spokesperson, she was the Quebec representative on the National Gutsy Generation committee.

In 2005, at the age 16, Jackie was the national teen spokesperson for the annual Heel N’ Wheel Walk. Jackie also started the Youth Action Committee (YAC) in Montreal, created IBD clubs at her schools and held educational fundraisers. Jackie later joined her parents as a member of the Gala committee.

Being affected severely by IBD and its treatments, Jackie had a charming and disarming way of talking about it with her peers family and friends, recruiting them in the fight to find a cure. Education about the unpleasant aspects of this horrible disease was always more important for Jackie than the embarrassment of talking about pain and incontinence.

To Jackie knowledge was empowerment! She found IBD awareness sorely lacking and believed in education. Be it in life, school, hospital, anything she was exposed to was a learning opportunity, a chance to acquire more tools for better coping.

The Annual Educational Symposium supported by the Jaclyn Fisher Endowment for Education that was established at CCC in 2017 took place virtually in 2020. This successful event provided expert advice on a variety of important topics for which we are greatly appreciative to all the presenters.

Click here to donate to this cause through our Foundation >

The Jaclyn Fisher Management Career Fair is one of the biggest events organized yearly by the Soutar Career Centre at the Desautels Faculty of Management. Students can connect with prospective employers and learn about available internships, full-time opportunities and develop contacts to enhance job searches.

The Jaclyn Fisher Foundation is proud to support this activity. It is a truly fitting tribute to a Jackie who strongly believed that students be given the opportunity to expand and grow their business and community networks in an effort to reach their goals, fulfill their dreams and achieve success.

In addition to the Career Fair, the Foundation has endowed a yearly Prize at graduation for a student showing outstanding leadership and volunteer service to the community and an in class scholarship for a student with Special Needs.

Jaclyn Fisher BCom Covid Relief Bursary was endowed in 2020 and awarded on the basis of demonstrated financial need and good academic standing to one or more undergraduate students enrolled in the BCom Program within the Desautels Faculty of Management.

Click here to donate to this cause through our Foundation >

Geordie Theatre has been one of Canada’s leading English-language companies presenting theatre for youth and their families. They have been actively building on a dream of strengthening the community through the transformative power of theatre for over 40 years.

Quick and creative pivots allowed Geordie to continue serving the community during the pandemic. Knowing that every gift Geordie receives makes a social impact, the Jaclyn Fisher Foundation stepped up to match donations dollar for dollar in December 2020. Together we raised much needed funds to support Geordie’s theatre school bursaries. The Foundation is proud to support this local nonprofit organization fostering the young voices and urgent stories needing a stage.

Jackie and her family are long time ORT supporters and volunteers. The Jaclyn Fisher foundation is happy to continue this support. 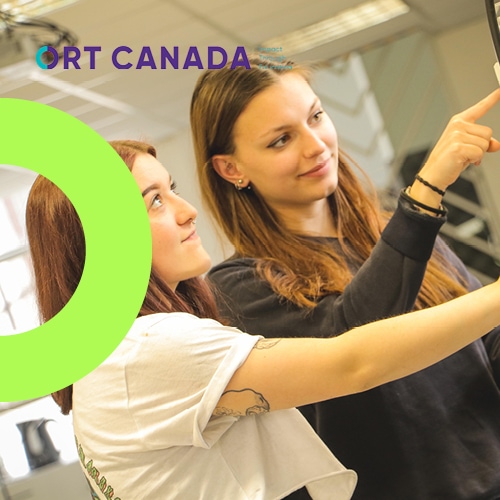