Jaclyn Lea Fisher, Jackie, was a beautiful baby born on June 26, 1989, with porcelain like skin, red fuzz for hair and bright blue-green eyes. A gentle, happy baby and curious toddler, Jackie’s charm captivated everyone who encountered her.

As she grew up Jackie’s signature features were her warmth and charm as well as a mane of thick, curly red hair and a radiant welcoming smile.

Jackie loved school! Respectful to the teachers and supportive of her peers she excelled and enjoyed representing her HFS elementary and Herzliah High school in Public Speaking Competitions, community celebration ceremonies and always took advantage of volunteer opportunities.

At the young age of nine, after a difficult prolonged period of unexplained fatigue, low-grade fevers and sudden onsets of severe abdominal pain Jackie had been diagnosed with life altering and devastating Crohn’s Disease. Trying to understand and cope with this difficult illness prompted Jackie and her family to try to find a cure, which initiated a close affiliation with the Crohn’s and Colitis Canada (CCC). 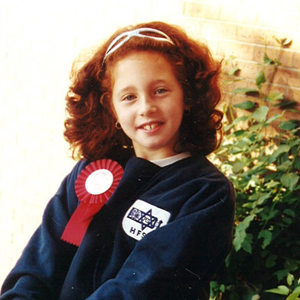 Volunteering and leadership became second nature to Jackie. While missing school for prolonged periods due to illness and to the side effects of harsh medications, she graduated from Herzliah High School with five academic awards, including the most coveted peer-nominated prize for representing the spirit of the school. Later, while completing a double D.E.C. Arts & Science program at Marianapolis College, Jackie started an Inflammatory Bowel Disease (IBD) Social Club. At the same time, in recognition of her dedication, she was nominated to represent the province of Quebec on the national Youth Advisory Committee (YAC) of the CCC, or as they were affectionately called, the “Gutsy Generation”.

Unusually eclectic, Jackie had diverse interests and tastes. She loved her family, friends and her teddy bear Dubbie, with great passion. She loved so many things!

Amongst her favorites were Holiday traditions, school as much as summer vacations, Broadway and everything NYC. Jackie loved to travel, ski, solve complicated puzzles and “word puzzles”, watch romantic movies or interesting Ted talks.

She adored the Ballet and was an avid Hockey fan, had an incredible sense of high fashion and was a perfume aficionado who perceived scents in color. Jackie also loved and respected in others the qualities of fairness, courage, justice and compassion. 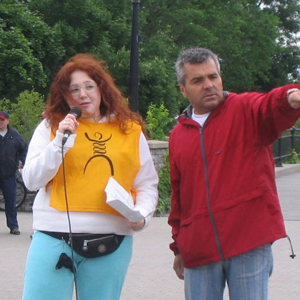 Jackie’s positive nature, diverse interests and pursuit of good in all, combined with her resilience and commitment to the global community, make it easy to understand why all those who had the good fortune to know her considered Jackie a natural born leader and often, a good friend.

Jackie studied at McGill University in the programs of Psychology and Organizational Behavior in the Faculty of Management, where during her first year she was selected to be an assistant to the professor as an Organizational Behavior Course Counselor (OBCC). In her second year she was appointed one of three Junior Course Counselors (JCC). Their mandate was to oversee the OBCC’s, a position Jackie was very proud of and enjoyed thoroughly. While a JCC, Jackie was hired by her McGill professors to help revise the curriculum of the Organization Behavior course over the upcoming summer. Having to give up this opportunity was the most difficult first loss for Jackie following her cancer diagnosis and impending surgery in the spring of 2011. 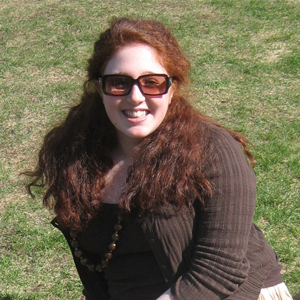 Jackie graduated from McGill University with a Bachelor of Arts degree in 2015, shortly before passing away. Jackie’s diagnosis of cancer came as a complete shock to all. Suffering through a prolonged period of debilitating fatigue, increased pain, and occasional fainting spells at the gym, Jackie repeatedly asked her doctor for help with these new symptoms. However, her IBD gastroenterologist routinely dismissed them, insisting they were related to her preexisting Crohn’s disease.

In April 2011, within two weeks of her diagnosis, Jackie underwent a difficult but successful surgery and later that summer started chemotherapy treatments. While for most people the hair loss associated with chemotherapy is devastating and especially since her fiery red curls were such a signature feature for Jackie, she astonished her family and friends with her accepting attitude, saying: “it’s only hair, it’ll grow back!”

Life had changed for Jackie. Driving downtown no longer meant going to school or an outing with friends. Instead, Jackie would be driving through the McGill campus with its thousands of students rushing to classes, as she was on her way to the hospital at the top of the hill, for treatments and doctor’s appointments.

Over the following four years Jackie had endured three more surgeries with hopeful results but numerous complications from each. Hoping for more advanced treatments, Jackie and family spent months in Boston, away from her support system but where in typical Jackie fashion she developed new and enduring friendships. Having returned to Montreal following her fourth and final surgery, to be followed by a local physician through her recovery, Jackie ended up hospitalized for thirteen months during which she was told the cancer had returned. 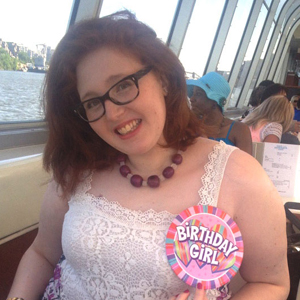 Jackie’s final months were spent in hospital. Still, celebrating life with her family and the friends who stood by her, as well as birthdays and holiday parties from the confines of her hospital room, Jackie embraced life to the fullest. While holding on to hope for recovery she continuously astonished her friends and caregivers when asking about them, before they had a chance to focus on her.

From her hospital bed she continued to follow their evolving lives with boyfriends, graduations, travels, noticing new lipstick colors and haircuts and supporting them through the difficulties of their daily lives. Always doing so with a sincere, warm, bright smile whenever she saw them and with her heart full of love.

View “Life is for Living” Video 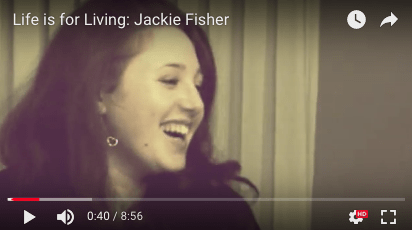